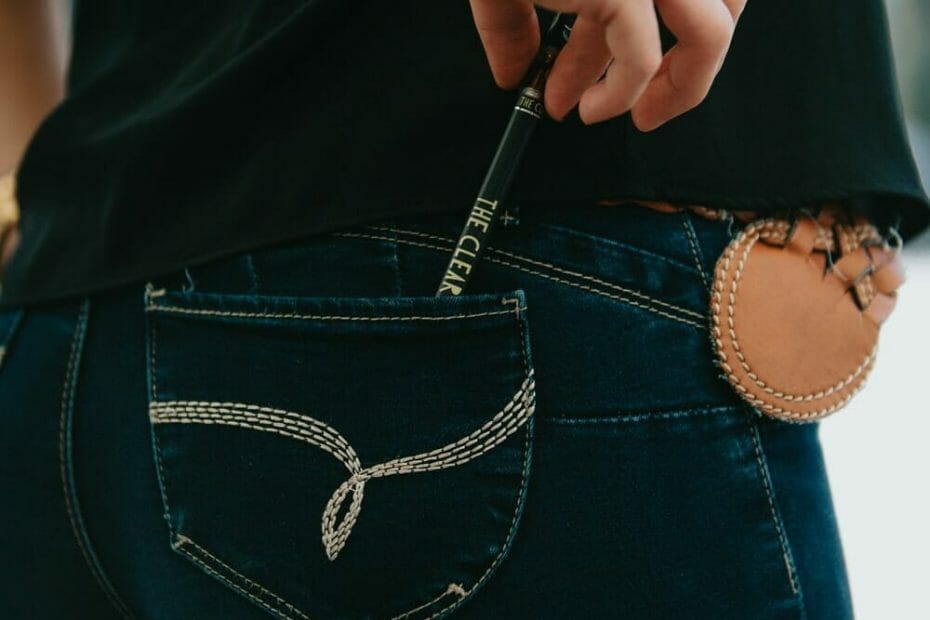 The tide may have turned, but the debate over the health benefits and risks of smoking marijuana has been raging on for ages. What’s the difference between vaping and smoking? Is vaping less harmful than smoking? Is it safe to vape regularly? And most importantly, is vaping healthier than smoking?

People who want to get high but can’t smoke weed can buy a vaporizer to vaporize their weed and get the same effects. Vapes, also called electronic cigarettes, are devices that heat chemicals in Cannabis and turn them into an inhaled aerosol. This is done using an atomizer, which heats the material (weed or e-liquid) to the point where the material is vaporized. This is then inhaled, and you get the same high as smoking it.

Vaporizers are a great way to consume Cannabis, but there is still a lot of confusion about their work. Unlike traditional smoking, vaporizing doesn’t produce harmful smoke, tar, ash, or carbon monoxide. They also create no residuals and have no second-hand smoke. This means you don’t have to worry about the effects of second-hand vapor.

Cannabis vaporizers are a fast-growing trend among marijuana enthusiasts. The devices are designed to heat dried herbs for a fast and effective way to medicate more discreetly and healthily than smoking. But is vaporizing truly more beneficial?

Cannabis Before and After Vaporization:

The question that has been profoundly occupying the minds of cannabis enthusiasts for a long time is what will happen to Cannabis Before Vaporization.

Vaporization is the process of heating a concentrated form of Cannabis to the point that it produces vapor in smoke. The chemical reaction that occurs produces changes in the cannabinoid (aka cannabinoid profile), which are then absorbed by the lungs when the smoke is inhaled.

When you talk about Cannabis, you talk about many things. You talk about the plant, the flower, the leaves, the resin, the tinctures, the hash oil, the oils, the extracts, the edibles, the vape oil, and the other products made from Cannabis. All of these products are created in different ways. But one thing is always common among them all. No matter what way Cannabis is being used, all of them will end up being a vapor.

Why Is Vaping Weed Healthier Than Smoking It?

Cannabis use is on the rise. Most smokers are willing to do anything to save money. Vaping weed is one of the most popular methods today, but is it healthier than smoking it?

Vaping, or using a vaporizer, is heating fluid or substance to create a vapor. This is different from smoking, which involves burning the material to produce smoke.

It’s no secret that smoking weed is one of the most popular ways to get high, but the new trend of vaping weed has been gaining some popularity lately. Many people are looking for a healthier way to smoke, and while it may seem like a crazy change, it turns out there are health benefits to vaping weed instead of smoking it, both for the user and the people around them.

Vaping is a form of inhaling smoke from a vapouriser (sometimes referred to as a ‘vape pen’ or ‘vape’) through a mouthpiece without tobacco use. If you’re looking to quit smoking, you’re in luck! Vaping has proven to be an effective way to reduce your smoking habit, and it’s likely to be a lot less damaging to your health in the long run.

There are several advantages to vaping weed, all of which involve the way you consume it. Vaping is a healthier alternative to smoking, as it doesn’t include the inhalation of smoke or carbon monoxide and is therefore considered much safer.

It can also be a cheaper option than buying weed, especially when you consider the amount of money and time it takes to grow your own. There are also many medical benefits associated with vaping, such as helping people with chronic pain and anxiety disorders.

Smoking marijuana has many benefits, but it also comes with some disadvantages.

When it comes to smoking weed, some people enjoy it and enjoy the drug’s benefits. But for many others, this is an entirely different story. Some suffer from headaches and dizziness, while others experience nausea and a paranoid feeling.

Vaporizers are one of the most efficient ways to get high. They emit no smoke, no tar, no toxins, and no carcinogens. They are also far more cost-effective than other legal methods of smoking. But what does vaporizers do? What are the different types? And what are the best?

Several types of vaporizers are out there, and while they’re all different, they all have one thing in common–they all have a way of heating vapor and then turning it into smoke.

Vaporizers are an increasingly popular way to consume medical marijuana. They come in all shapes and sizes. Some are more advanced. There are dry herb vaporizers, wax pens, and oil vapes, to name just a few. Which is the best?

There are three major types of vaporizers, all of which serve different functions. A true herbal vaporizer is best at vaporizing herbs since it forces the plant material to vaporize directly with the heating element. A dry herb vaporizer heats the herb to the point that it releases the active ingredients for inhalation without combusting the material. A portable vaporizer allows you to move between both of the other two types. Still, it is usually designed for use in vaporizing herbs, offering a portable herbal vaporizer from a single model.

Final Thoughts on Why Vaping is Better than Smoking

Vaping has become an increasingly popular trend, and with the rise in popularity, the use of vapes has also increased. But have you ever stopped to think about why people vape? What is the reason that drives someone to want to use a vape? Why are vaporizers becoming increasingly common? The answer to these questions may be shocking to some, but it is because vapes are better than smoking. There are many benefits to vaping, ranging from better health to smoking cessation.

Vaping may be taking the place of smoking, but it’s still a controversial habit. The main argument against vaping is that it poses health risks, especially to young people. However, one of the main issues with vaping is that it is not always completely safe. Today, e-cigarettes and vaping are becoming more and more popular, but there are still some risks.

We shouldn’t be concerned about the chemicals in the vapor, though; vaping is safer than smoking because it contains fewer chemicals and does not result in second-hand carcinogens. Also, the vapor doesn’t stick to your clothes.