Can Cannabis Interfere With Medications? 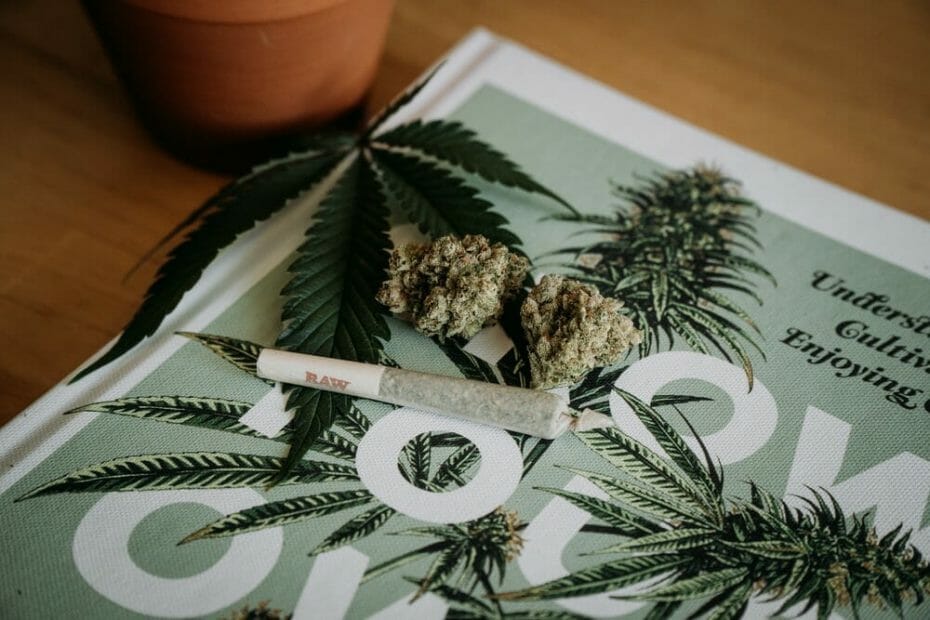 Many people take medication on a daily basis. There are lots of very popular drugs that treat anxiety, depression, insomnia, pain, and more.

However, there are some medications that you may not be aware of, such as the ones used in chemotherapy or birth control pills.

Marijuana and other forms of cannabis have been used as medicine for centuries, but is it safe to use them while taking other medications?

As more and more states in the USA are legalizing cannabis, some people are asking whether cannabis will affect the effectiveness of pharmaceuticals or other medicines.

One common worry is that cannabis may make it harder for the body to absorb prescribed pills, leading to a kind of ‘pill-popping (or ‘pill-busting’) effect.

Cannabis and other drugs can affect the body, but it may also affect the way your medication is absorbed by your body, which may include an increased risk of overdose or having side effects.

How to reduce the effects of Cannabis on Medical Medications?

Cannabis and pharmaceuticals have a long history of being used in combination in Western medicine.

Low doses of marijuana are sometimes prescribed for pain relief, while high doses have been used to combat nausea and cancer pain.

High doses of THC can also thin the blood too much and cause anemia, low blood pressure, and even death.

Also, CBD is now being used as an alternative to reduce the effects of some Pharmaceuticals such as Anti Psychotics and others.

If you consume cannabis in the form of a drug such as cannabis oil and smoke (or use a vaporizer), then it will naturally change the effectiveness of your medications.

The time just before and after smoking, cannabis will also change how your medications work. This in turn will change the amount of dosage you need, and so on.

So, how do you find out whether cannabis is affecting your medications?

Cannabis is known to interfere with many medication effects, including some addictive drugs. The effects of Cannabis on medications are different in different people.

Patients should speak with their doctor about this and conduct a personal test to determine the best treatment option.

What does cannabis do to the body?

Cannabis is a flowering plant that has been cultivated for thousands of years ago. The plant contains more than 480 active compounds.

However, more than 80 of these compounds have been discovered. Based on this, the United Nations Office on Drugs and Crime estimates that cannabis may be the source of about 1% of all drug-related deaths worldwide.

The scientific community has been researching the use of cannabis for more than a 100 years, so many have their own ideas about how its effects can be understood, from its impact on the brain to its role in addiction.

There are many ways to consume cannabis. The most common way is by inhaling vapor (sniffing).

Vaporizing is an extremely efficient and effective way to consume cannabis, but is not recommended for beginners.

Cannabis can affect the mind, body, and spirit. Its effects can vary greatly from person to person and depend on many factors, including how much you smoke, how often you smoke, and how you consume it are all factors to consider.

What medications should not be combined with CBD?

CBD is purported to be a miracle drug that can cure a wide variety of ailments such as: pain, depression, anxiety, Alzheimer’s, and more.

This has led to a massive increase in the use of CBD oil products, which are designed to be consumed orally to reduce the effects of such problems.

However, there are a number of substances that should not be combined with CBD to avoid unwanted side effects.

This article outlines what is known about the interaction between CBD and various prescription and over-the-counter medications.

CBD is a cannabis extract that has been linked to a variety of health advantages, although it may interfere with some medications.

The most common interaction is when a medication containing an antidepressant is taken with CBD.

When CBD is taken with antidepressants there’s a risk of the patient going through a ‘flu-like reaction including rapid heart rate, high blood pressure, and sweating.

It’s a serious condition but is rarely fatal even if the patient is under the influence of the antidepressant.

There are many people who have tried many different types of medications and have never been able to find one that works without a plethora of undesirable side effects.

One of these medications is known as a Non-Steroidal Anti-Inflammatory Drug (NSAID) and it is used to relieve pain and inflammation.

With the fact that cannabis has the ability to reduce inflammation in your body, many people have been trying to use it as a stop-gap measure to treat their pain without resorting to these harsh prescription medications.

Can CBD Oil cause irregular heartbeat?

The heart is the one organ in the human body that is entirely dependent on blood pressure for normal function.

When the pressure is too low, the heart muscle can no longer contract efficiently, which can lead to a loss of blood to the body, which is dangerous.

The effects of cannabis oil and CBD oil on the heart are not entirely understood.

However, based on current data, there do not appear to be any medical reasons to avoid cannabis oil if it is being used for medical purposes.

Can you take CBD oil with blood pressure medicine?

CBD oil is a non-psychoactive compound that is derived from industrial hemp and is used for medicinal purposes.

CBD oil is a popular product in the UK and many other parts of the world.

It contains virtually no THC (the active ingredient in cannabis) and no CBD will get you high.

How long does CBD oil take to help with joint pain?

There is a lot of research that indicates that the endocannabinoid system helps maintain normal body weight.

It is also thought to play a role in regulating appetite. In fact, CBD has been shown to help with food cravings and eating in a healthy way.

This article focuses on CBD oil for joint pain as it is becoming more popular and is a legitimate alternative to prescription pain killers.

It also gives a brief overview of the different types of CBD oil available on the market.

CBD oil is a cannabinoid derived from hemp seeds. It comes from the same plant species as marijuana, Cannabis sativa, but does not contain any psychoactive properties.

Many people are using it to treat pain across the board, claiming it is effective for conditions including arthritis, fibromyalgia, headaches, menstrual pain, and joint pain.

It’s not hard to see why you could be hesitant to try CBD oil for pain, since many people have tried it for cancer, epilepsy, and other conditions without success.

The decision to try it for pain should be based on what you know about the product.

As the tide of legalization continues to rise, more and more people are finding out that there are many different ways to obtain cannabis—whether for recreational or medical use—and few of them involve the use of illicit street drugs.

One such solution is Cannabidiol (CBD), a non-psychoactive compound that has been used for the treatment of epilepsy, anxiety, and a variety of other conditions. So, what health professionals need to know?

CBD (cannabidiol) is a non-intoxicating ingredient extracted from the cannabis plant.

It is basically the same stuff that makes people high on marijuana, but CBD does not contain THC, the ingredient that makes you feel “high” or “stoned”.

Despite the fact that many medical experts claim that CBD and THC are the same thing and have the same impact on the human body, this is not the case.

You should consult a medical professional that is familiar with CBD usage. There are no reported serious side effects and there are many anecdotal claims.